The need for using an iOS emulator is based on the fact that you want to use an iOS-compatible app on your PC. It’s not wrong. Many users do it from time to time for fulfilling certain objectives.

With no additional hardware purchase, you can easily copy the behavior of your device. It also provides you the advantage of playing top games like PUBG (depending upon the places where the game is legal) and other online video games as well.

As an iOS app developer, you can also use an emulator to test the software before its use. You can even rectify any malfunction in the app by analyzing the working of your app using an emulator.

Contents hide
The Meaning of an iOS Emulator—What is it all about?
Differences between iOS Simulator and iOS Emulators for PC
Utilization Of Windows Mobile Phone Emulator
Why You Should Use an iOS Emulator?
Physical iOS Devices Vs iOS Emulator
Top 10 iOS Emulators in 2022
1. Appetize.io
2. Corellium
3. App.io
4. LambdaTest
5. MobiOne Studios
6. Smartface
7. TestFlight
8. Electric Mobile Studio
9. Remote iOS Simulator for Windows
10. iPadian
In Conclusion

The Meaning of an iOS Emulator—What is it all about?

In short, an iOS emulator helps you analyze your iOS-based app even before using it on Mac Devices. You can check its full functions and features on your PC itself either on a laptop or desktop through a reliable emulator.

Though developers can greatly be benefitted from the use of an emulator, even common Mac users can also use it to get maximum help. Some apps are reserved for mobile use only. You can’t use all Mac-based apps on your PC—most of them will run on iOS-enabled devices only. You can use emulators to run those apps on a PC and normally run them after proper installation and download.

[Read more: How to Fix Valorant Not Launching Error on PC?]

Differences between iOS Simulator and iOS Emulators for PC

There is a small variation in how iOS emulator and iOS simulator work, but both do nearly the same thing—allow application packages to run on the system.

iOS emulators for PC deceive the programme into functioning on the system and utilising the hardware and storage of the system. They also make it simpler for users to execute all of their system’s programmes.

Even while the iOS simulator creates a system-friendly environment for programmes to operate in, there are situations when this does not work well with a number of applications.

Long-Range of Usable Devices: By installing the emulator for that system, iOS emulator for Windows enables users to use a variety of devices with different operating systems on a single device.

Gaming has become simpler: It is now simpler to play games that are only accessible for mobile phones or for iOS across various devices.

People sometimes claim that certain applications lag on their mobile devices but perform perfectly on their desktop or laptop computers. Therefore, you can use emulators to take advantage of your system’s design to prevent unwelcome lag for apps that demand expensive hardware.

Why You Should Use an iOS Emulator?

[Read more: How to Fix the “Windows can’t communicate with the device or resource” Error?]

Appetize is an attractive iOS emulator option for its enhanced user-friendliness. Just let your app be submitted online to the emulator’s site. It will auto initiate testing the app’s efficacy scrutinizing all necessary aspects.

Price: Basic plan starts at $40 onwards/ Use its free plan for using 99-minutes per month.

It comes as viable iOS emulator for software testers and developers. It offers an attractive user interface for software testing analyzing app features. It works both on Windows and iOS-compatible programs.

In recent times, App. iO has become quite popular among iPhone app developers. It works on various platforms, including Windows OS. You can normally use this iOS emulator for 100% free without any cost. It’s simple and easy.

LambdaTest is one of the best software testing platforms especially when you wish to develop an iOS-compatible app. You can test the working of your soon-to-be-launched app on this emulator for maximum benefits. The emulator is managed by a community, including professional developers and tech-savvy people.

Price: Free for a lifetime

First thing first; this emulator is not available anymore for online work. However, you can easily start using the emulator once you download it to your PC. Get your compatible test done for multiple iOS apps or software, including games, antivirus, and other programs.

It is a gen-next emulator, which is quite helpful to execute, start and modify iOS apps using your computer. It is fully loaded with all essential features and functions which are necessary for professional app developers. You can use its free version, but the best option would be to subscribe to its paid subscription plan at the earliest.

TestFlight is an Apple-owned emulator. Any iOS developer can use it for their needs anytime. It works in tandem with Xamarin as well. It is officially recognized as the most acceptable way of getting apps in their beta stage tested.

Price: Free for an app developer

It is another beautiful electric mobile studio emulator for iOS apps. It is fully compatible with any Windows/ Mac/ Linux PC. Once you download and install it, you will get a week to make the best use of it.

Price: Free and Paid (Download the emulator to know more)

Remoted iOS Simulator for Windows emulator is a quick option for developers who work on Windows-based computers. Using Windows OS, you can easily get your iOS apps or products tested at any stage of their software development process.

You can obtain it on Xamarin in Visual Studio. It acts as a remote iOS emulator for your Mac-based app but you can use it on Windows to get tested.

As its name indicates, iPadian is a popular emulator for testing apps on plenty of Mac devices like iPads or iPhones. It means if you are developing a program for iPad, you can get the same beta tested on windows based PC.

It’s clear now that all Windows-based systems can run iOS apps or specific programs using emulators. If you are tech-savvy, you can easily integrate an emulator into your PC and start enjoying iOS-compatible games and other software. Earlier only developers used emulators for performing certain professional tasks or software testing, but in the last few years, even youngsters have started using emulators to play games or run specialized software.

Now, the use of emulators —for running Android or iOS exclusive programs—has become imperative. Software testing cost on an emulator doesn’t even cost a fraction of what you may actually need to invest in buying a new device. However, if you face any problems while using an iOS emulator on your windows, get in touch with a professional software expert for more help on this.

Ideally, you should always have a spare PC for doing such types of experiments. Never try to run an emulator on your workable PC. If anything goes wrong, it won’t perform. When in doubt, get your PC checked by a software app immediately. 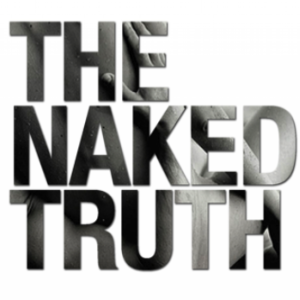 How Can Small Businesses Leverage The Use Of AI?

The Importance of Water Resources Management in 2022